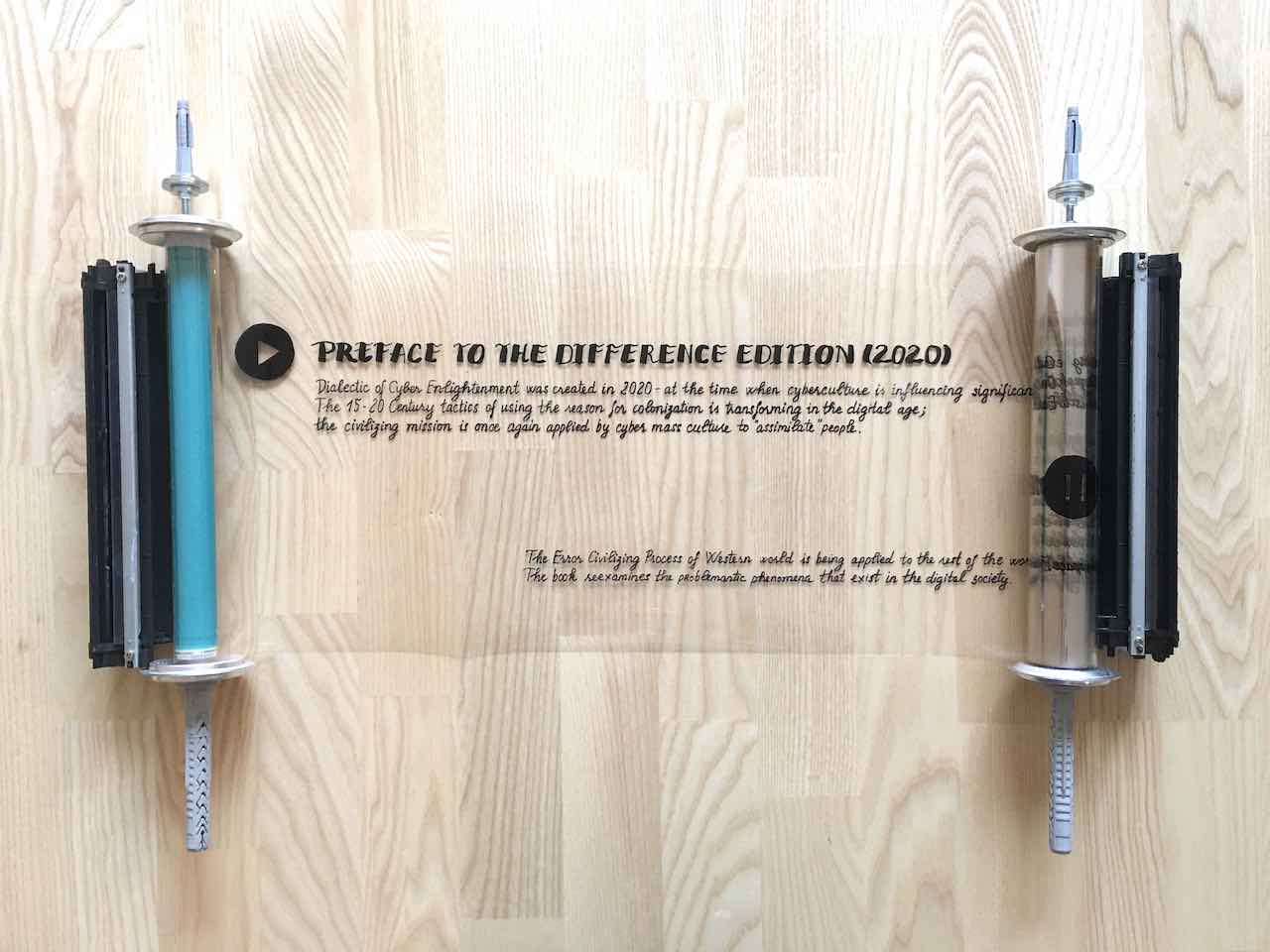 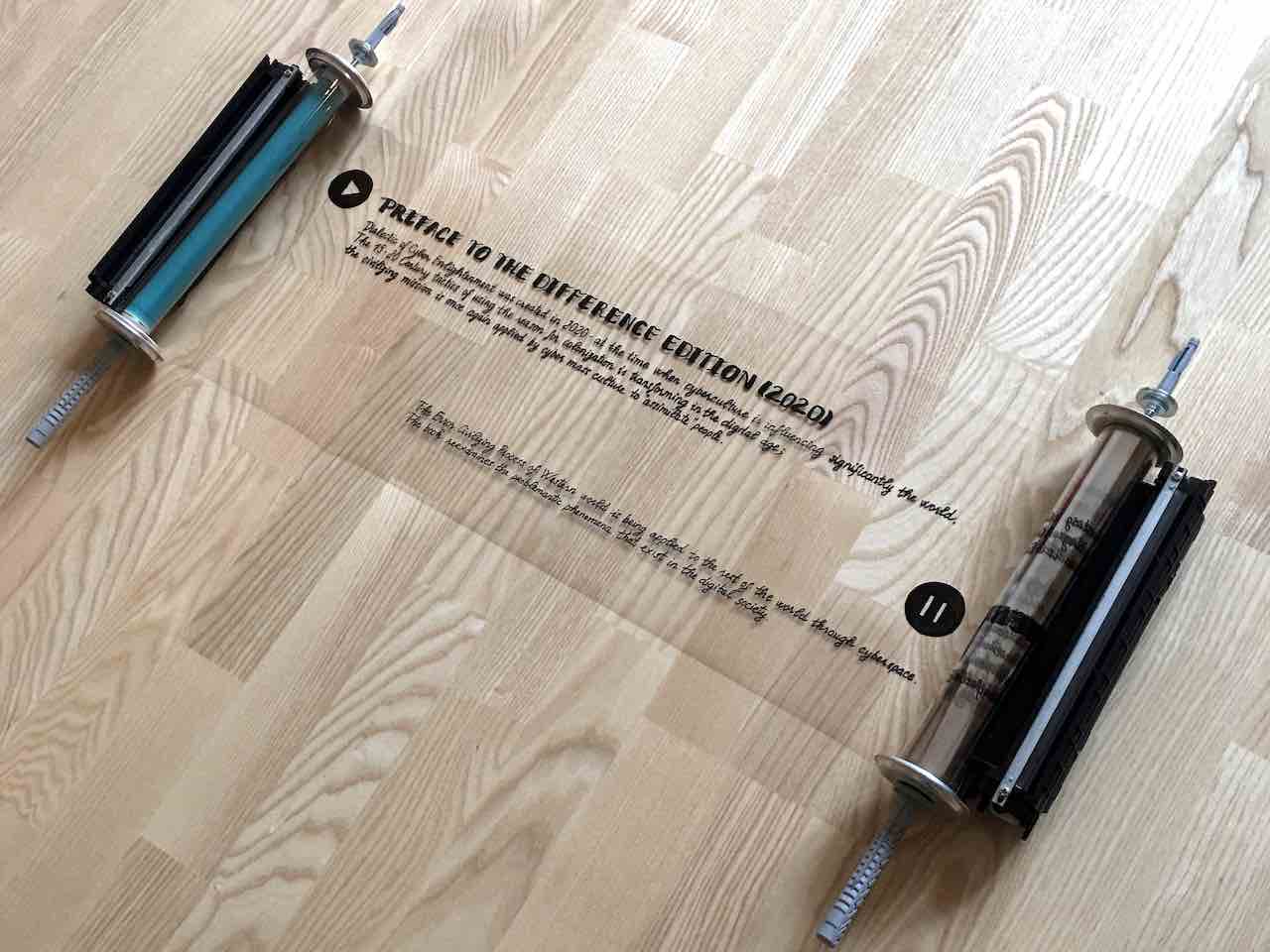 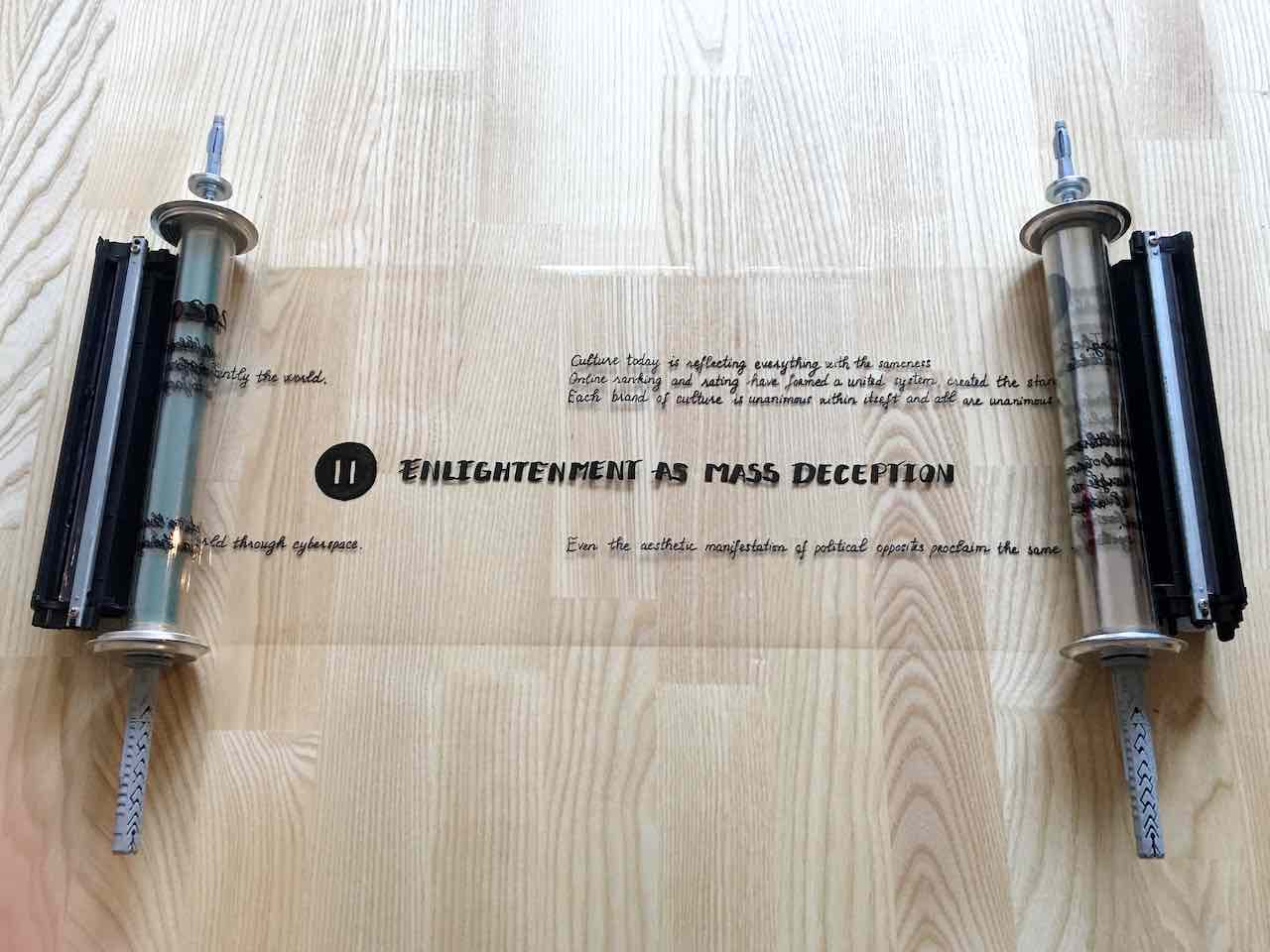 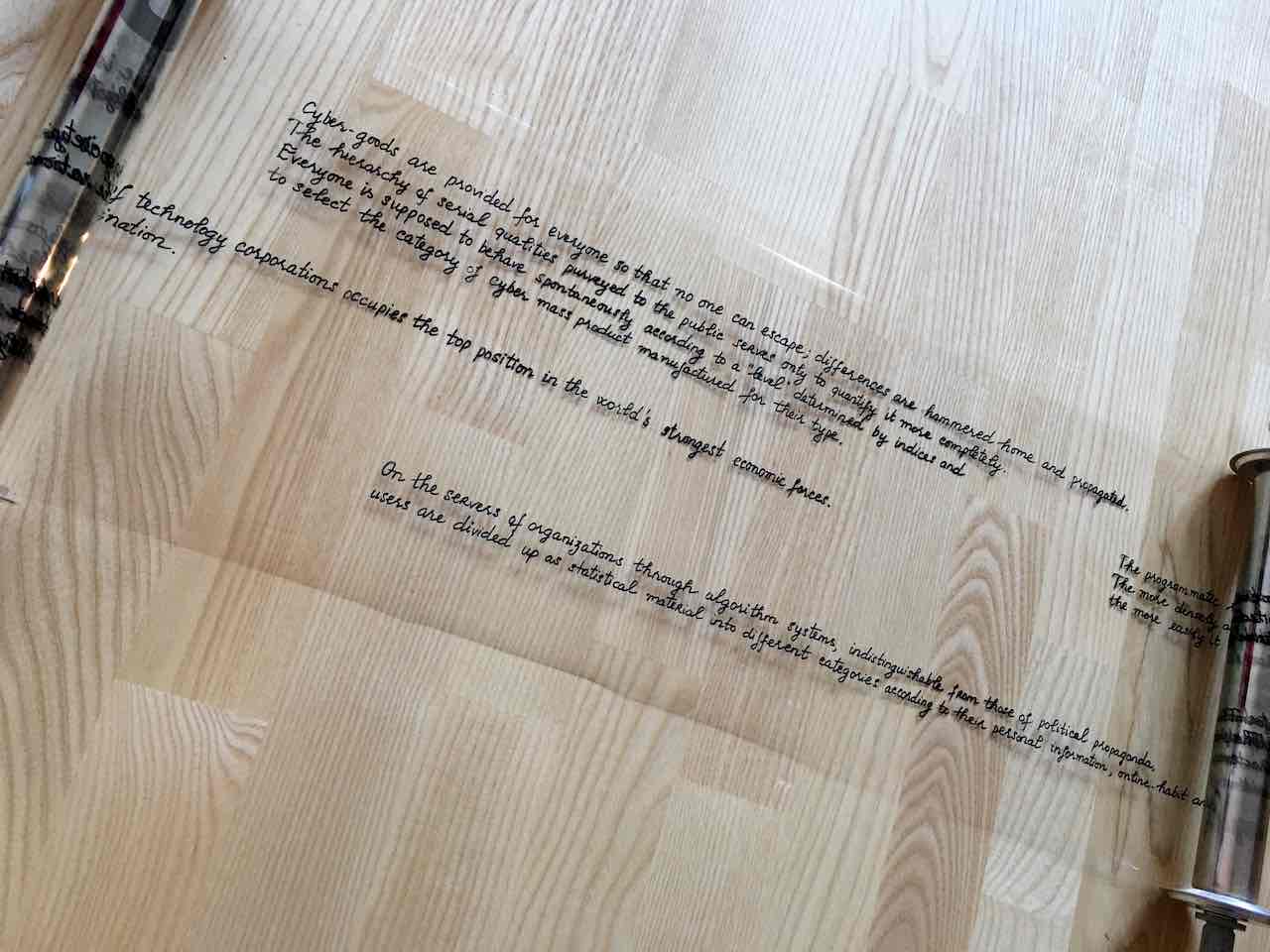 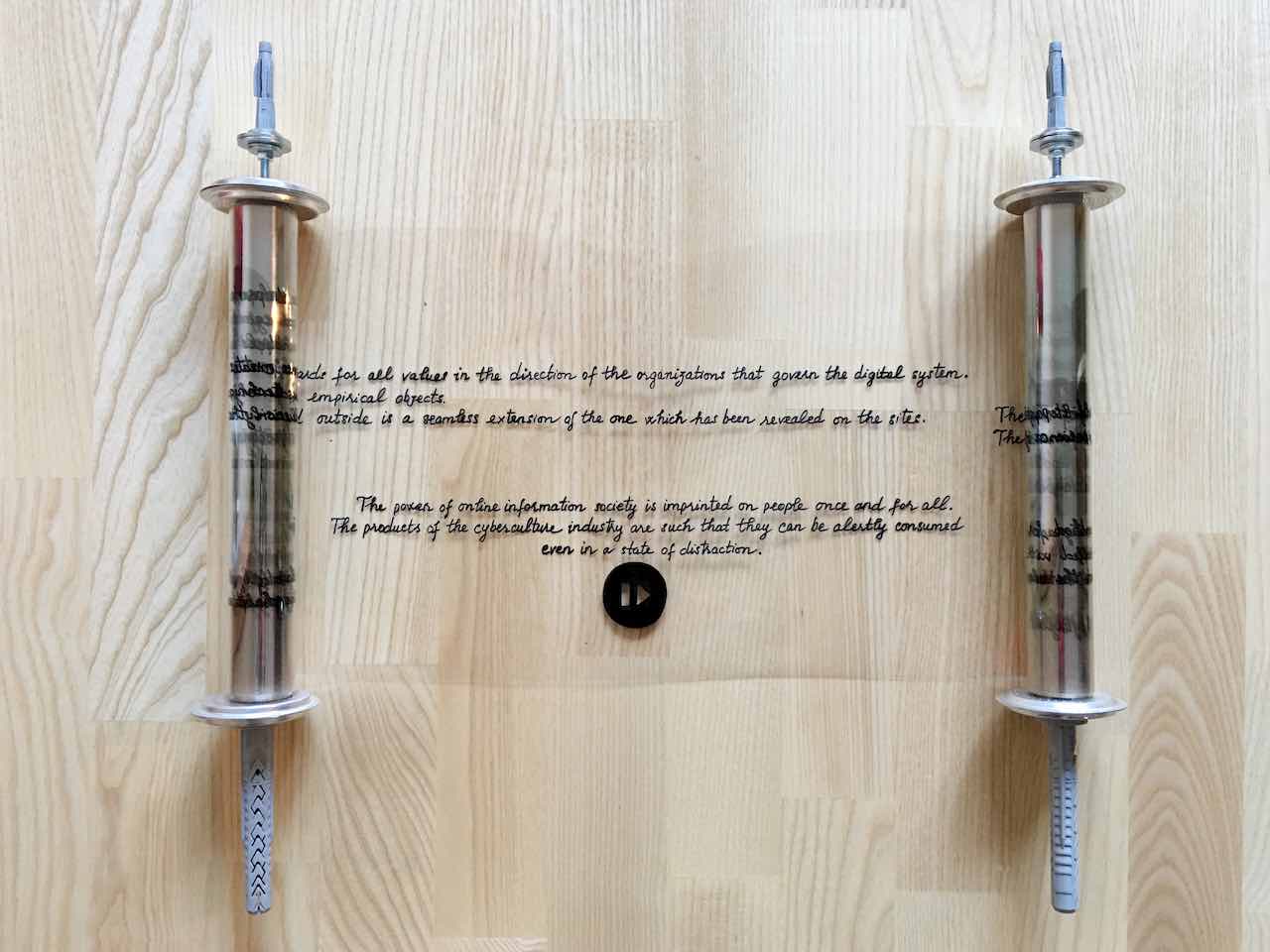 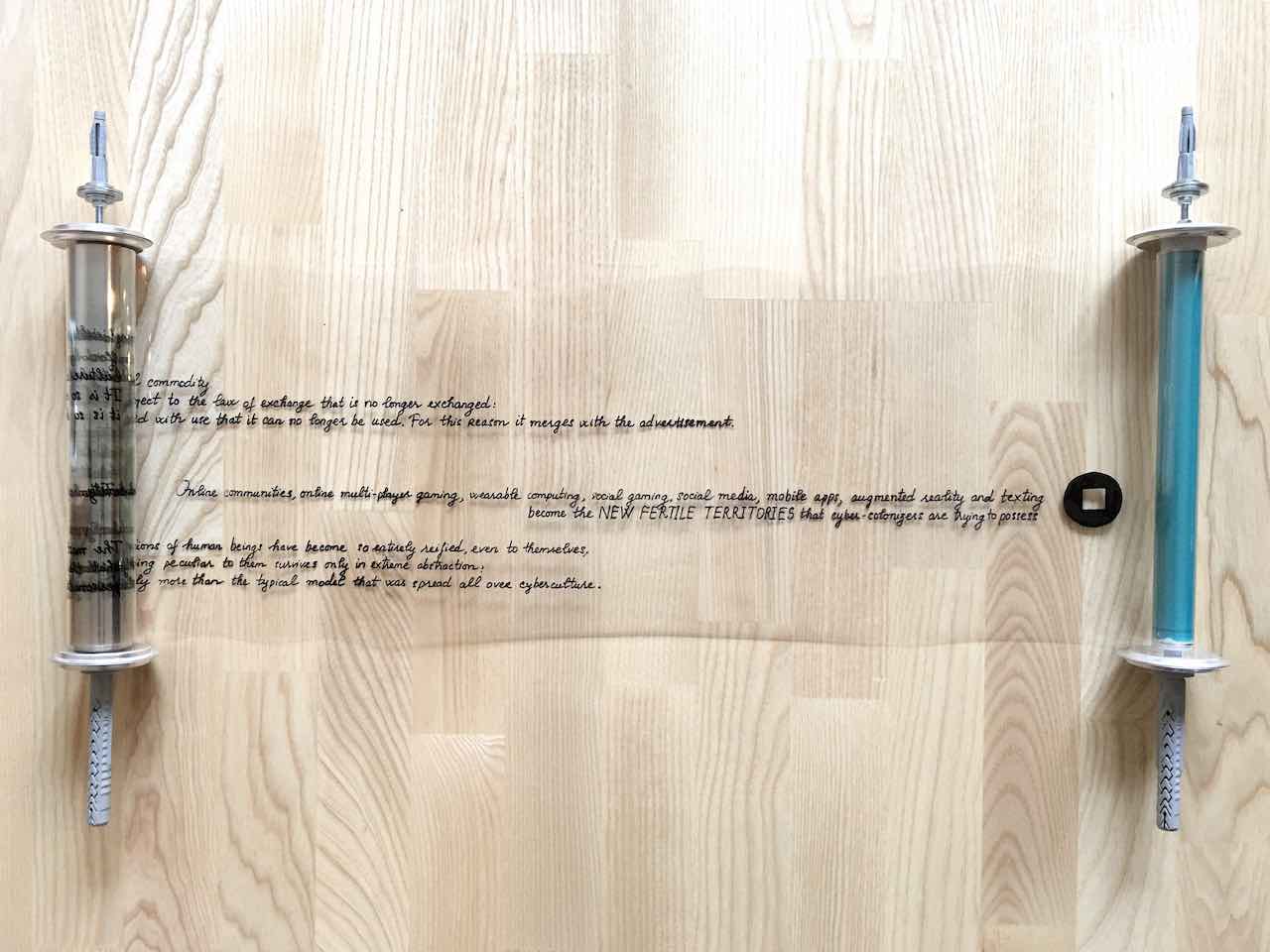 The work is inspired by the context of the exhibition – the Archives Bordeaux Métropole – where numerous important historical documents are conserved. The form of this work is reminiscent of a classic scroll book through which the aim was to record a social phenomenon of our times, when cyberculture is influencing significantly the world. In the digital age the 15-20 century tactics of using the reason for colonization is transforming; the civilizing mission is once again applied by cyber mass culture to “assimilate” people. That is the reason the ideological revolutions in the context of digital capitalism need to be taken into account.

This special book was made up of technical elements of toner cartridges, and a transparent foil of the retro overhead projectors.

The text inside the “Dialectic of Cyber-Enlightenment” scroll book are manipulated quotes from a well-known philosophical book written by the Frankfurt School philosophers Max Horkheimer and Theodor W. Adorno – Dialectic of Enlightenment (1944). The major part of the citations come from the chapter The Culture Industry:  Enlightenment as Mass Deception; where there is a clear depiction of the cyber corporation dominancy, and their political and economic interests.

The work reflects on the moving and changing structures of contemporary culture by adapting the cultural discourse of Critical Theory; while cyberculture is constantly revealing the inherent limitations alongside new conflicts.

THE WORK AT “CRACK” EXHIBITION